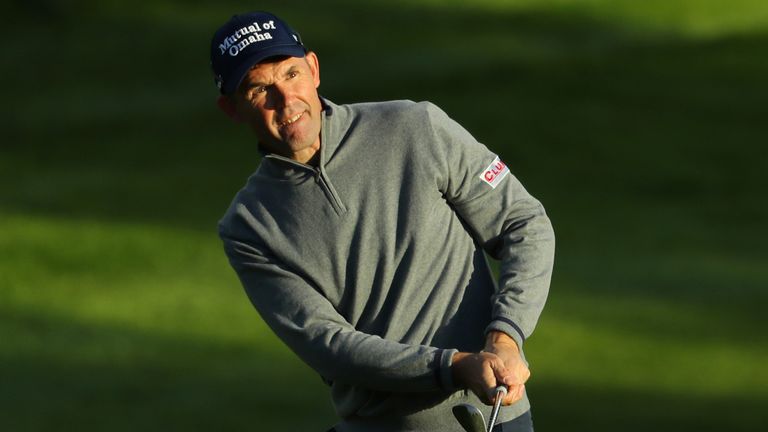 Padraig Harrington provided a bizarre sight on day one of the Irish Open as he removed a huge tree branch that was obstructing his ball after an errant shot at the 10th.

Harrington's ball disappeared into the woodland, but it was located by an on-course marshal at Galgorm Castle although it was completely unplayable until he spotted a way to gain access.

The veteran was entitled to move the fallen branch, being unattached to it's tree of origin, as long as his impromptu pruning did not disturb the lie of his ball.

As it transpired, the ball he thought was his was actually someone else's and Harrington's was a couple of feet away, and he needed the help of long-time caddie Ronan Flood to remove the large tree limb.

Once the way was cleared, Harrington then had to negotiate a patch of nettles, but he managed to stab his ball back into play before needing three more to get down and running up a double-bogey seven.

Harrington, who should have been at Whistling Straits this week leading Europe's defence of the Ryder Cup, went on to return a one-over 71 - a creditable effort considering it was his first competitive round since March. b365

"That was pretty standard on the 10th" he explained. "You can move anything that's not attached. Actually I was moving the tree for the wrong golf ball!