Royal Ascot heroine Onassis got back on the winning trail with victory in the tote/British EBF October Fillies' Stakes at Goodwood. 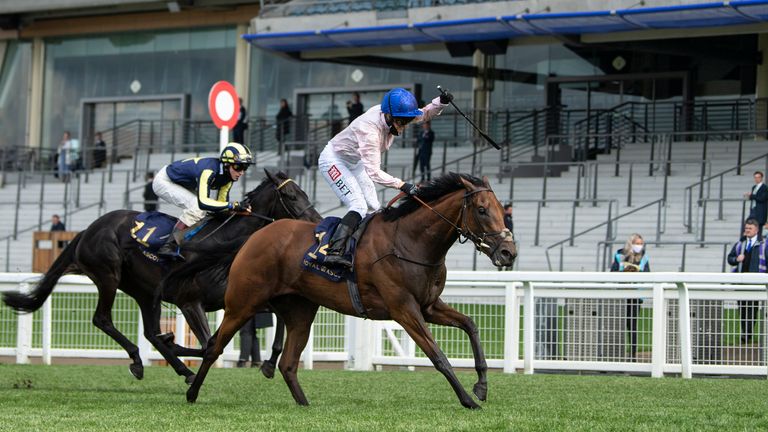 The Charlie Fellowes-trained three-year-old landed the Sandringham Stakes at the summer showpiece meeting in June, before going on to bag a Listed prize in France the following month.

Returning to Listed class following a fourth-placed finish in the Group Three Sceptre Stakes at Doncaster, Onassis was a 9-2 chance in the hands of regular partner Hayley Turner and came home to good effect to beat 7-2 favourite With Thanks by half a length. กำถั่วออนไลน์

"I thought she was unlucky at Doncaster last time as she was on the wrong side of the track and had to do a lot of work on her own without having anything to take her into the race.

"The race has worked out well, with Cloak Of Spirits (fifth) coming out and finishing third in a Group One (Sun Chariot), so we were confident of a big run today, although you never know how they're going to handle this sort of ground.

"She's off to the breeding shed next year, so we'll look at what options we have between now and then. Now she's shown she goes on heavy ground, that opens a few more doors.

"She's worth quite a lot money now and I'm delighted for her owners. I'm incredibly grateful that they sent her to me and thankfully she has repaid them - she doesn't owe us anything."

Fellowes made it a quick double as Amarillo Star (16-1) came home well clear of his rivals in the tote.co.uk Home Of The Placepot Handicap under Stevie Donohoe.