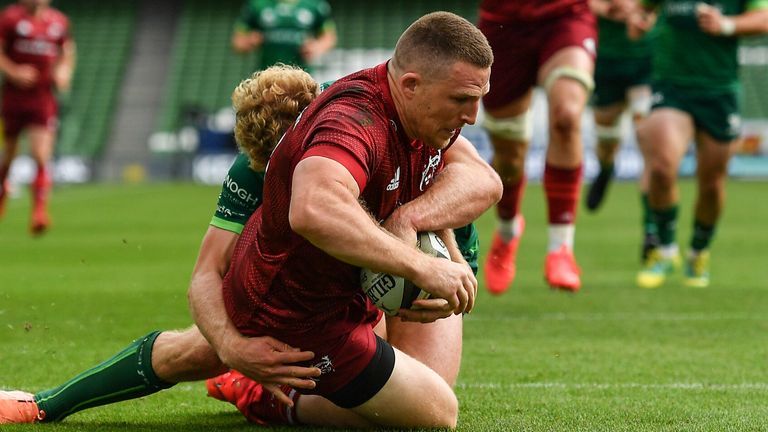 A round-up of Sunday's Guinness PRO14 action as Munster thrashed Connacht to book a semi-final, while Cardiff Blues beat the Ospreys and Benetton beat Zebre.

Debutant Connacht No 8 Abraham Papali'i was sent off for a 25th-minute high tackle on Conor Murray, while - nine minutes later - hooker Shane Delahunt saw red after leading with an elbow into CJ Stander's neck. บาคาร่าเล่นง่าย

Recovering from two yellows of their own, Munster went on to dominate the second half as they climbed back above Scarlets into second place in Conference B.

Tries from man-of-the-match Tadhg Beirne, Conway (2) and James Cronin dwarfed a Jonny Murphy effort as Johann van Graan's men set up a last-four clash with old foes Leinster back at the Aviva Stadium next Friday.