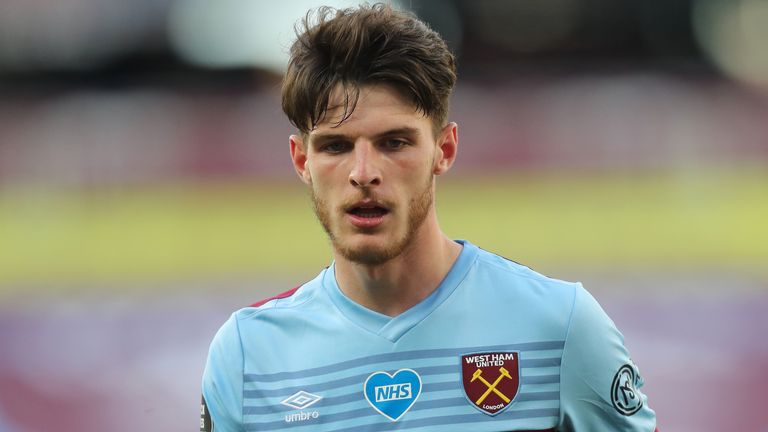 West Ham have dismissed reports they have received a £50m bid from Chelsea for Declan Rice.

Rice is not for sale according to West Ham, and any £50m bid would be laughed off with the club hopeful the midfielder will stay for many years.

The 21-year-old, who played in Chelsea's academy for seven years before being released aged 14, has a long-term contract at West Ham which runs out in 2024 - and the club have the option of extending it by another year.

Rice will return to the club on Monday for pre-season training with the rest of his team-mates.

Since joining in 2014, Rice has gone on to become a regular at West Ham, and played every single minute of their 2019-20 Premier League campaign - topping the club's stats for most passes, tackles and interceptions.

Rice broke into West Ham's first team under David Moyes in 2017-18, four years after his time at Chelsea was brought to an abrupt end. เล่นบาคาร่ายังไงให้ชนะ