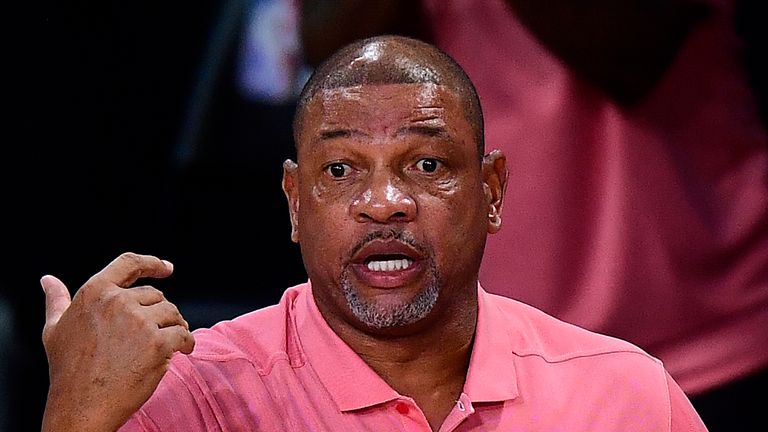 Doc Rivers has reached an agreement on a deal to become the next coach of the Philadelphia 76ers, ESPN reported on Thursday.

Rivers interviewed with 76ers general manager Elton Brand on Wednesday afternoon before meeting with the team's ownership later that night.

He reportedly watched Wednesday night's Game 1 of the NBA Finals between the Miami Heat and Los Angeles Lakers with the Sixers' brass.

It's been a rapid turnaround for Rivers, who was dismissed as the coach of the Los Angeles Clippers on Monday, just 13 days after the Denver Nuggets overcame a 3-1 series deficit to eliminate his team from the NBA playoffs.

The Sixers fired coach Brett Brown on August 23 after seven seasons following their first-round playoff sweep by the Boston Celtics. Brown finished his tenure in Philly with a 221-344 record, including 12-14 in the postseason.